During the last two years, doctors all around the world have discovered the danger of telling the truth.

You have to go back a long way in history for find examples of doctors being pilloried by the medical establishment for the simple crime of being right.

In the mid nineteenth century a Hungarian physician called Ignaz Semmelweiss was ridiculed and driven mad for suggesting that doctors should wash their hands in order to reduce mortality figures. Going back further to the 16th century, Philippus Aureolus Theophrastus Bombastus von Hohenheim, who was known to his chums and historians as Paracelsus, was forced into exile because his views on medicine annoyed the medical establishment.

But it’s happening now. I’ve lost count of the number of doctors around the world who have been attacked, vilified, demonised and sneered at for drawing attention to the lies being told by the establishment.

Worst of all, some doctors have lost their licence to practice and have been forced out into the cold. The UK seems to have treated doctors more harshly than some other countries. In the US some truth-telling doctors have been allowed to retain their licenses.

Dr Mohammad Adil was quite probably the first doctor in the world to lose his licence for telling the truth about covid.

Dr Adil is a surgeon who was working in the NHS in Britain. On the 22nd of April 2020 he was dismissed by North Manchester Hospital in England for sharing his concerns about the official covid-19 story.

He was suspended by the General Medical Council on the first of June 2020 for sharing his concerns about the lockdowns and the likely effects on the health of the public. He was charged with bringing disrepute to the profession and spreading misinformation.

He lost his licence and his ability to practise his profession because he had the courage to stand up and speak out. He made videos which were seen by millions who had been deliberately frightened by the official, fake narrative.

Dr Adil had expressed a professional point of view about covid-19 – a point of view which didn’t fit the official scenario. Prior to that he had worked as a consultant surgeon in the UK for over 30 years with, as he says, an unblemished record.

Right from the start of this fake pandemic, Dr Adil was on the right side of the argument. He pointed out that covid was never a major threat to our health – and that the lockdowns and damage to the global economy would result in a massive number of deaths. He was, like others, simply trying to provide an alternative view to the official lies – so enthusiastically promoted by the mainstream media. He was, he tells me, worried about the lengthening waiting lists, the withdrawal of medical facilities because of covid and the plan to give covid-19 jabs to huge numbers of people. Dr Adil was, like me, worried that the lockdowns and other unsupportable nonsenses would result in a soaring mortality from cancer, heart disease and other serious diseases.

Dr Adil, a Fellow of the Royal College of Surgeons, was given just four working days’ notice of his hearing before the UK’s Medical Practitioner Tribunal Services. In a short Skype meeting, the tribunal, working on behalf of the UK’s licensing body, the General Medical Council, decided to suspend the surgeon’s licence for 12 months.

Almost unbelievably, the Tribunal met again on 18th August 2021 and extended Dr Adil’s ban on practising medicine until the end of June 2022.

This means that by then Dr Adil will have been unable to work for two years – with no income.

But everyone with functioning brain tissue knows now that he was absolutely right and the medical establishment was wrong.

The waiting list, deliberately created by the lockdowns and hospital department closures, will take at least a decade to clear. If it is ever cleared. Millions will die because they haven’t been diagnosed or treated.

Millions of people have been denied investigations and treatment.

Dr Adil has appealed to the GMC many times without success.

He told me that the GMC’s bundle of documents consisted of 247 pages which were sent to him by email during his Skype hearing on 1st June 2020. Dr Adil was given four days’ notice and didn’t have time to arrange a legal advisor or representative. The GMC and the Medical Practitioner Tribunal Services had failed to send the bundle of documents before the hearing. Dr Adil was asked to go through the 247 pages and then continue with the hearing 90 minutes later.

‘I found it extremely difficult to grasp the contents of the bundle in 90 minutes,’ Dr Adil told me. Not surprisingly it generated a good deal of stress and anxiety. Having attempted to go through 247 pages of material in 90 minutes, Dr Adil logged in again and was suspended for 12 months.

Not surprisingly, Dr Adil complains that his hearing was rushed through and that he didn’t have time to challenge the complaint against him. The GMC has told him that his suspension won’t be considered until June or July 2022.

Dr Adil is in professional limbo for telling the truth. He has had to borrow money to survive. You can only imagine the stress, the anxiety, the depression all this has caused.

The establishment has attempted to destroy this incredibly brave and thoughtful man. His crime? Telling the truth.

As always the GMC has betrayed the people, the profession, dignity, respect, truth and history.

In my view, it is partly the GMC’s fault – through its widely hated, bureaucratic and in my view useless revalidation procedure - that general practice in the UK is dead and ready for burial.

Compare the case of Dr Adil with the case of another British surgeon who burned his initials into the livers of two patients. He was fined £10,000 - £5,000 per liver presumably - and given a 12 month community order. He was issued with a formal warning by the GMC which said that ‘his conduct had not met the standards required of a doctor’ but that `this failing in itself is not so serious as to require any restriction on his registration’. They gave him a warning. Later he was suspended for five months but this was quashed.

Dr Mohammad Adil hasn’t burnt his initials into any livers. He has simply told the truth. And he’s lost his livelihood. He desperately needs our help. And he deserves our help.

I can think of three ways we can help him.

First, there is a crowd-funding site for Dr Adil. (Details are at the bottom of this page).

Second, we have to put pressure on the General Medical Council. In the pre-covid days, when there were newspapers and broadcasters with integrity, it would have been easy to obtain publicity for Dr Adil’s plight. Today, it’s down to us. The acting chair of the GMC is Professor Dame Carrie MacEwen. Write to her at [email protected] Or telephone the GMC at 0161 923 6602. Demand the resignation or sacking of all those responsible for Dr Adil’s outrageous treatment.

Dr Adil is a brave man. He told the truth for us – for all of us.

He stood up and spoke out because he believed that the covid-19 narrative was untrue and dangerous. Must the establishment silence doctors with integrity?

If we leave him without help, how can we expect other doctors to stand up and speak out?

Please don’t just forget this appeal. Dr Adil is one of us. He tried to help us. Now we have to help him. I know you will because you’re good people.

Remember to read and share the free book entitled Proof that Masks Do More Harm than Good. 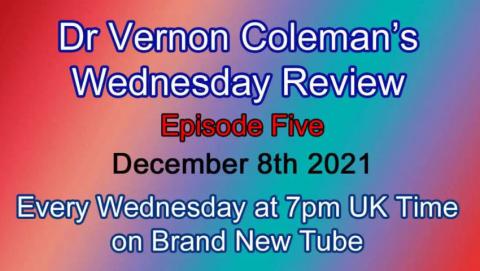 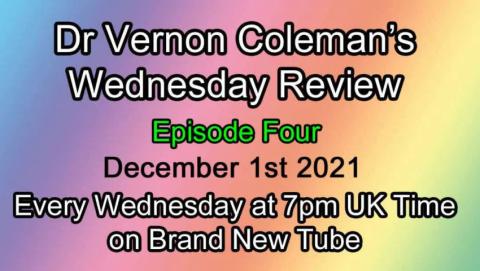