So, they are planning to give experimental, not fully tested, temporarily approved covid-19 experimental `vaccines’ to children without obtaining parental permission.

Have I slipped into a time warp? Where are we now in history? Germany in 1939? Russia a decade or two earlier? The Middle Ages?

Legions of independent doctors around the world say it isn’t safe to give these dangerous, toxic jabs to children who have very little risk of catching covid-19 – let alone dying of it. I suspect that the few doctors promoting this scheme are largely those who, one way or another, stand to make money out of it.

The doubters point out that governments admit that the jabs don’t stop children, or anyone else getting a disease now accepted as nothing more than an over-marketed flu, and don’t stop them spreading it even if they catch it.

A few days ago even the World Health Organisation (not a body I usually regard with much affection or respect) said that it wasn’t safe to give the covid-19 jab to children. It is, of course, necessary to give them the jab because children have strong immune systems which protect them.

And then, to my great shock, they suddenly went into reverse and announced that children could be given the stuff after all.

Golly, that was a surprise.

One of the most enthusiastic promoters of the covid jab for children is a contemptible woman called Devi Sridhar, an academic, who is I suspect no more a medical doctor than my chair. She has an accuracy record which makes Neil Ferguson look good and she is, in my opinion, one of the most dangerous woman on planet earth. She makes the evil queen in Snow White look benevolent and warm-hearted and if she sues me for libel she’ll have to stand up in court and decide whether she lied because she is stupid or she lied because she was pleasing the cabal which is forcing an unnecessary, experimental vaccine on seven billion people without ever testing it properly.

Has she ever prescribed an antibiotic, sewn up a cut arm or comforted parents whose child has just suddenly died?

I recently exposed Sridhar’s indefensible claims about the covid-19 terror jab in a video entitled Lies on the BBC will Result in Children Dying.

The BBC published a weedy correction which was seen by two men and a dog but I saw no apology from Sridhar and she wasn’t mentioned by the BBC in their probably mostly unseen note.

Extraordinarily, even after being exposed as either knowing as much about medicine as a six week old slug or being prepared deliberately to lie in order to delight the evil cabal, Sridhar is still listed as an advisor on covid-19 to the Scottish Government. She’s a professor at Edinburgh University and a columnist on The Guardian.

Now the Scottish Government has done some bad things in its time but have they ever done anything less explicable than hire Sridhar as an advisor? I’d vote for digging up Myra Hindley and appointing her. Better still, Rose West is still alive and just as suitable for the post as Devi Sridhar. Children would be safer with either of those than they are with Devi Sridhar around.

Sridhar may know something about something but who certainly doesn’t know enough about medicine to fill the tip of a needle originally said that the jab was 100% safe for children.

That, of course, was blatant gibberish and Sridhar has now slightly amended her original claim.

The latest garbage to dribble from her lips is that no child has died as a result of the vaccine.

She also claims that although there may be some side effects they are treatable. (Thanks to Daily Expose for picking the video up from Channel 4.)

Myocarditis? Pericarditis? Just treatable? They can kill. And even when they don’t kill they can turn a once healthy child into an invalid. They may need a heart transplant.

What Sridhar obviously doesn’t bother to know is that the American government, her government, publishes regular accounts of the number of people killed or injured by the covid-19 jabs. They do it for all vaccines but no other so-called vaccine would be on the market if it were as deadly as the one she promotes with such enthusiasm. The British Government does the same, of course.

I’ve got here details of the covid-19 jabs in America.

President Biden’s government says that six children under the age of 17 have already died and 17 have been disabled and 361 have been hospitalised.

Let me give you some details which I sincerely hope everyone will feel the need to share with Sridhar, the Scottish Government and everyone they know who is breathing and has a pulse.

(The details of individual children who died or were injured by the covid-19 vaccine were read out here – taken from the VAERS website. For details of deaths and injuries please see the constantly updated entry Updated – how many people are the vaccines killing on this website.)

And remember the official feeling is that the number of reports are less than 1% of the total. The real number of children killed or damaged by the covid-19 jabs will be much, much higher. And when healthy children suddenly fall ill within hours of any vaccination it is disingenuous to claim it is a coincidence.

We are left with a number of questions.

How many more lies is Sridhar going to tell? Did she attend the Tony Blair school of telling lies without looking embarrassed? Who listens to them? Why does she receive so much publicity? How many children will die or be seriously injured as a result of her statements? Is Devi Sridhar the most evil woman alive? And why is she still advising the Scottish Government on a subject about which she appears to know far less than my chair?

Preparing the script for this short video made me sadder and crosser than I think I’ve ever been. I’ve never met this woman, thank heavens, but even writing about her makes me feel as though I have been in contact with pure evil. I have rarely come across anyone for whom I feel such total contempt. This isn’t a game. This isn’t an academic exercise. We’re talking about a programme which will lead to some children dying and others being disabled for life. Is Sridhar a reincarnation of Myra Hindley?

Send this video to people. Show it to school teachers, doctors, nurses, policemen, relatives, neighbours – everyone. Send it to Edinburgh University, the Scottish Government, the BBC, Channel 4 and The Guardian.

If you want to know about the history of vaccination please read Anyone who tells you vaccines are safe and effective is lying: here’s the proof by Vernon Coleman. 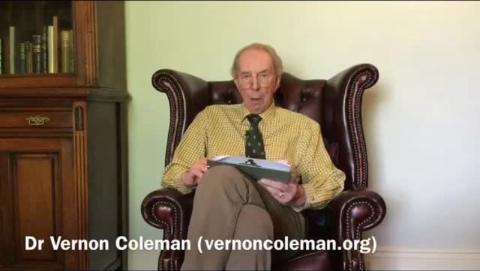 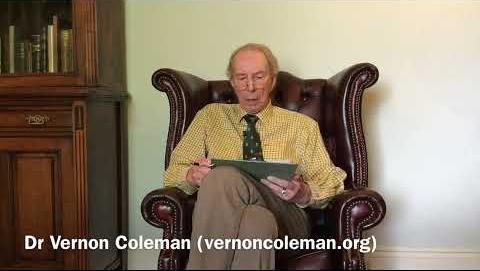