Goodbye and Thank You

Note: I wrote this in the depths of despair after yet another grotesque and unjustifiable attack on social media. After the video was published, the comments which I had found so offensive were removed (though I took screen shots.) But by then, of course, they would have doubtless been spread far and wide.

Most of my life, for well over half a century I have attacked governments, drug companies, vested interests, secret societies, lobbyists and the medical establishment. For over a year I have attacked the covid-19 fraud and, as a result, my reputation has been trashed, and I have been lied about endlessly. Look at what happened on Wikipedia the day after my first video went up in March 2020. I was suddenly labelled discredited and a conspiracy theorist.

I had a number of videos in preparation and although I find these things enormously difficult I was planning to go to London on 24th April to take part in the big walk. I had a strong video prepared for that – as an appeal for people to join us.

But I’ve just been sent foul and libellous tweets from someone called Fiona Marie Flanagan. I know nothing about her, have never met her, never spoken to her and never had anything to do with her. She clearly knows nothing about me. She appears to have used the video, where I cried, to attack me though I confess I do not understand precisely why. The sick suggestion, which I don’t begin to understand either, is that I am a freemason. Can you imagine them letting me into the freemasons? It would make more sense to suggest that I was a member of the Women’s Institute. I’ve attacked the Freemasons. I loathe them and what they stand for. They doubtless hate me as much as the rest of the establishment does.

And someone on this twitter thread attacks me for having a brother who is apparently unacceptable in some way – therefore damning me by association.

Well, I’m sorry I cried. I was genuinely upset. I released the video because I thought it would help people understand how I felt and so I left it in. At the time I felt embarrassed and I am of an age to feel ashamed of crying in public. I suppose I could have had the crying edited out but that was my second or third attempt to make that video and I cried each time.

The real irony is that I can’t reply on Twitter or Facebook because I was never allowed to join because I am considered a danger.

I have had enough abuse.

I will carry on writing articles for my two websites but I am making no more videos. I’m cancelling my trip to London on the 24th.

I can just about cope with the abuse from the Government trolls – and who knows maybe the ones attacking me on Twitter are 77th Brigade. I just don’t know any more.

But when people who do claim to be on the same side as me say stuff like this then it’s too much. I feel as though I’ve been knifed in the heart or, more accurately, stabbed in the back. Who the hell do these people think they are? My wife and I have worked all the hours and days available to obtain and share information – often until 4 in the morning. After her cancer treatment my wife worked in constant pain because the hospital department was shut.

As a result of the campaigning, I have seen my life’s work destroyed by often anonymous, sick cowards who rarely do anything but criticise and spread abuse.

Right from February and March 2020, I warned that these vaccines would become mandatory. That took a great deal of courage, I can tell you. I was virtually alone among medical doctors at the time.

I have amassed a huge file of relevant scientific papers and I wanted to carry on.

But this is the final straw.

Thank you to Mohammed Butt and to Brand New Tube who have been marvellous to me.

Thank you for watching my videos.

If you’d like to visit my websites you are very welcome.

I have never felt so completely despairing and hopeless in my life. I cannot cope with any more of this cruel, unthinking abuse for the sake of abuse. Too much is just too much. I’ve been attacked by the BBC, by Sky, by all sorts of media and much of the internet.

After this latest abuse, apparently from within the resistance movement, my wife and I feel rather alone and cornered.

I believed and still believe that to win this war we all had to stick together.

I must have made 200 videos altogether, many of them removed by YouTube, but I suspect that these ‘twitterers’ have never watched any of them.

Thank you to those who did watch them. I hope you found them helpful.

And thank you for all your support and encouragement over the year. It meant a lot. 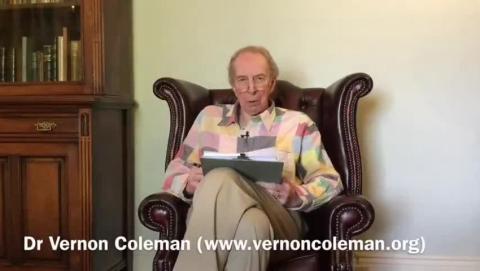 We Are the Resistance and We Will WIN this War 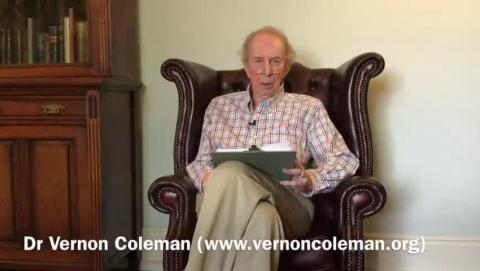