I see that David Lammy, MP, a British politician, now says that the covid-19 vaccine is safe and it works. He is the latest in a long and growing list of celebrities who are enthusiastically endorsing the vaccine – though I rather fear that they have probably spent as much time looking into the facts of the vaccine as I have spent learning about flower arranging.

Just how Mr Lammy claims to know that the vaccine is safe and works is beyond me.

Let me tell you about Mr Lammy.

When he appeared on a television quiz show, he was asked to give the married name of scientists Marie and Pierre who won the Nobel Prize for physics in 1903 for their work on radium. Lammy’s reply was Antoinette. He got Marie Curie mixed up with Marie Antoinette.

When he was asked for the name of the building used as a prison by Cardinal Richelieu, he named Versailles instead of the Bastille. Versaille, for heaven’s sake! This is a man who served as a government minister.

He was asked who succeeded to the English throne after Henry VIII and offered Henry VII which showed a singular lack of mathematical skills.

And he once criticised the BBC for wondering whether the smoke from the Vatican would be black or white. He seemed to think there was an element of racism in this well-known way of announcing if a new Pope had been elected.

The thing about Lammy is that to me he doesn’t seem aware of the extent of his ignorance. He knows the covid-19 vaccine is safe and works because maybe he read it on a beer mat. Or maybe he has been conducting secret private clinical trials in his purpose built laboratory. Maybe he’s got a time machine which enables him to see into the future?

Incidentally, I am well aware that a decent part of the medical and scientific community doesn’t believe that the stuff currently being promoted like a new brand of crisps is a vaccine at all. For the record I agree with them. It’s a form of gene therapy. I’d rather die than have that stuff in my body. But if I don’t call it a vaccine people who trust David Lammy, the Archbishop of Canterbury and the rest of the `roll over tickle my tummy and I’ll say whatever you want me to say’ celebrities won’t know what I’m talking about.

The fact is that even the WHO only expects these vaccines to help reduce the extent of the symptoms. They’re not promising that the vaccine will stop people getting covid-19 and they’re not expecting the vaccine to stop people spreading the infection if they do get it. If David Lammy and the Archbishop of Canterbury had done a little research they would know that.

They would also know that the vaccine is experimental.

The United States National Library of Medicine published details of the vaccine programme currently under way and they say that the trial will last two years.

The medicines agency in the UK knows that it’s an experiment. They advertised for special software so that they could keep track of the high number of adverse events they were expecting.

Of course, even after two years we still won’t know what’s going to happen to people who have the vaccine. Or what might happen to any children they might manage to have.

It’s all a mystery – though we do know that there are very real risks of changes to the immune system of those having the vaccine.

But it’s OK, David Lammy and the Archbishop of Canterbury say it’s OK.

They read it somewhere. Or someone told them. Or they saw a government advertisement. I bet you a pound to a peanut that they didn’t actually look through scores and scores of scientific papers before coming to that conclusion. I bet they didn’t make up their own minds before telling millions of people to take the bloody vaccine. They just repeated the garbage they were told. Garbage in, garbage out.

The fact is that no one – not even David Lammy – can possibly know if the vaccine is safe and effective because the trial is still under way. You can look at the paper yourself. It’s in the US National Library of Medicine. Look for clinicaltrials.gov. And you’ll see, on page 3 of 14, that the trial, or study, is expected to be completed on 31st January 2023.

Can you understand that, David? It’s an experiment. It’s not over yet. No one knows what is going to happen in two years. But vaccine loving Bill Gates – whose foundation is making a fortune – wants seven billion people to take part in the experiment.

We do know, however, that thousands of people who have had the vaccine have died or been seriously injured by it. That’s an undeniable fact.

Elderly people in care homes are dying in huge numbers. We’re told it’s the infection but it’s not, of course. It’s the damned vaccine they’re being given.

Now, let me tell you something else. And this should strike terror into every doctor, nurse or boy scout currently involved in giving or promoting these vaccines.

The Nuremberg Code on medical experimentation, written in 1947 for reasons which I hope I don’t have to explain even to David Lammy, stated that explicit voluntary consent from patients is required for human experimentation.

That means that patients must be told that they are taking part in a trial. And they must be warned of all the possible adverse events. That’s what informed consent means.

How many doctors and nurses jabbing people with this stuff are telling patients that it is a trial? How many are giving people the information they need to make a judgement?

I would guess somewhere close to none.

And so, legally, all those people giving vaccinations are war criminals.

War criminals never think they are war criminals, of course. At the end of World War II, the Nazis mostly claimed they were doing important work. Or just obeying orders. Doing what they were told.

None of that cuts the mustard, as they say.

Just doing what you’re told doesn’t stop you being a war criminal.

Let me be clear, everyone giving the covid-19 vaccines without explaining that it’s an experiment, and without listing all the possible adverse events, is a war criminal.

If you don’t believe me, check it out for yourself.

A lot of doctors and nurses are going to find themselves in the dock. And the people who endorsed the work they were doing may well find themselves there too. What’s the punishment, I wonder, for aiding and promoting the activities of a war criminal?

Meanwhile, those who believe David Lammy, the Archbishop of Canterbury and the other celebrities who have said that the covid-19 vaccine is safe and effective should know that the vaccine is turning out to be just as dangerous as I and other doctors warned it would be.

It was obvious before Christmas that these vaccines would kill and injure millions. For the proof, watch my previous videos or read the transcripts on my website www.vernoncoleman.com

Governments and government agencies are, of course, saying that the people who are dying and suffering awful neurological problems just happened to die or fall ill. They are claiming that the vaccine isn’t responsible.

What bastards these people are. They lie, lie and lie again. This is genocide. When is the world going to wake up?

In America, courts have confirmed that deaths that occur 30 or even 50 years after an injury can be the result of the injury. To give but one example, in 1982, James Brady was shot by a man called Hinckley who tried to assassinate Ronald Reagan. Brady died in 2014 and his death was put down as a result of homicide.

It isn’t for government agencies to decide that deaths are coincidental. Coroners should be making the decision. There should be inquests on every patient who dies within 28 days or even longer of having a covid-19 vaccination.

But there won’t be.

Meanwhile, we have a horrifying avalanche of evidence showing that these damned vaccines are killing and maiming people – all for a disease which is proved to be no more dangerous than the annual flu.

I have read many, many reports of the deaths caused by the vaccines.

You can see details of the deaths on my website under the heading `How Many Are the Vaccines Killing’. The list also appears on Richie Allen’s website.

There is no doubt in my heart or in my mind.

This is global genocide.

How much longer are people going to be silent?

When will people like David Lammy admit that they’re wrong and stop promoting a deadly vaccine? 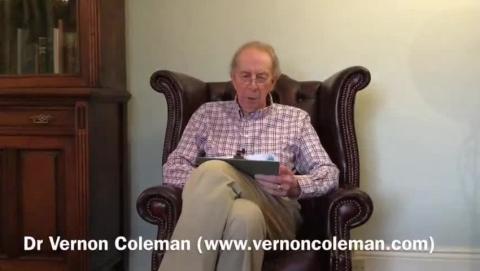 The Evil Deception: Giving the Covid-19 Jab without Informed Consent 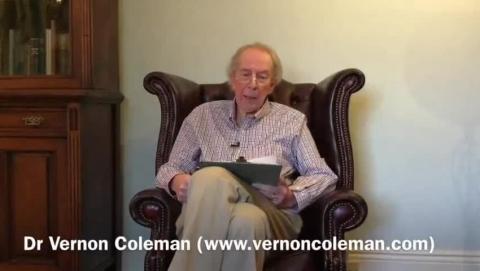 The Shocking Truth About Health Passports