Your Government Doesn't Care About Your Health

Responsibility has been separated from authority with disastrous consequences for patients. Your chances of getting the best treatment for your condition depend not upon your needs but upon a whole range of factors such as political correctness, expediency and (as I explained in Coleman’s 7th Law Of Medicine) fashion.

There is something uncivilised and inhuman about a health system in which patients with suspected cancer must wait and wait to be diagnosed and then wait and wait to be treated — hoping that they won’t die on one of the waiting lists. The way patients are chosen for treatment is appallingly cruel and quite indefensible.

Our governments and doctors have allowed our environment and our food to be poisoned by chemical companies, farmers and others involved in ‘serving’ our communities.

Poisons in our environment are now one of the most significant modern causes of illness in general and of cancer in particular. As a result of the contaminants in our food, drinking water and the air we breathe, human breast milk contains so many chemical contaminants that it couldn’t possibly be sold as safe for human consumption. And human bodies contain so many chemicals (some consumed in additive and pesticide contaminated food and some acquired accidentally from our polluted environment) that a human steak would never be passed fit for consumption by cannibals.

Children’s bodies are routinely contaminated with scores of potentially hazardous chemicals. The susceptibility of the young body, and the wide availability of toxic chemicals in the surroundings in which children live, mean that those as young as nine-years-old have far more toxic substances in their bodies than their grandparents ever had.

Television sets and plastic toys, deodorants and household cleansers are all sources of poisons as, of course, are the pesticides we use in our garden and the pesticides farmers use on our food.

When researchers tested ordinary citizens they found that of 104 substances for which they had tested, 80 were present in human beings. These tests are often repeated – with much the same results.

Chemicals are in our air, our water and our food. The chemicals found in the average human body can cause liver cancer, damage to the developing brain, premature birth, genital abnormalities, bladder cancer, kidney damage, asthma, skin disorders, hormone disruption, and a higher risk of miscarriage.

There is not enough safety information available about nearly 90% of the 2,500 chemicals which manufacturers regularly use in large quantities to enable scientists or doctors to do a basic safety assessment.

When chemicals are tested they are tested on animals. If the tests show that a chemical kills animals the test will be ignored on the grounds that animals are so different to humans that the results are irrelevant and manufacturers will be allowed to use the chemical as much as they like.

You think I’m joking don’t you? Or being unduly cynical? I’m not. I’m being deadly serious.

There is no doubt at all that many of the chemicals widely used in the preparation of food, the feeding of animals and the manufacture of a wide variety of goods are carcinogenic — they cause cancer.

But what do doctors do about all this?

Then there is the scandal of our drinking water. In towns and cities drinking water is often taken from rivers. And guess what. Sewage firms dump their treated waste into the same rivers. But they can’t remove drug residues. So when you turn on your tap, you get bits of old contraceptive pill, antibiotic and tranquilliser in your nice sparkling glass of apparently clean drinking water. You can’t see the drug residues, of course. And the water companies can’t get them out.

Governments have, of course, made things worse by adding fluoride to drinking water supplies. The theory is that if people drink water dosed with fluoride they will be less likely to suffer from dental decay. In practice, fluoride is a potentially dangerous substance and this practice is fraught with danger. Adding fluoride to the water is, however, encouraged by politicians because although it probably damages the health of some citizens they claim it may help cut the nation’s dental bill.

The moral is a simple one: you should avoid ice in bars and restaurants.

The first question is: why did it take a 12-year-old girl to expose this sort of contamination?

The second question is: has anything been done about it?

(That’s a rhetorical question to which both you and I know the answer.)

Doctors exist only for two reasons: to look after people who have acquired a disease, and to prevent healthy people from falling ill. That’s it. The rest is unimportant.

But today’s medical profession has been bribed by drug companies, bullied by, and overwhelmed by bureaucrats and social workers, and forced by politicians to abandon most of their ethical principles (including, for example, the traditional principle of confidentiality). Through the weakness of their leaders, doctors have been turned into ethically impoverished mercenaries. Principles should be indigestible but the modern medical profession has swallowed its principles without hesitation or regret.

It is, perhaps, hardly surprising that many doctors now hate their jobs and regard them as little more than a way of making money. Many doctors would prefer to do something else for a living — if they could find something as lucrative. Vocation has been abandoned and replaced by expediency.

Medicine used to be a proud and independent profession. Sadly, much of the modern medical profession is now little more than a marketing arm for the pharmaceutical industry and a snitch service for the Government. And things are likely to get worse rather than better unless and until we force governments and doctors to recognise that people must come first.

Adapted from the book Coleman’s Laws by Vernon Coleman – available on Amazon as a paperback and an eBook. 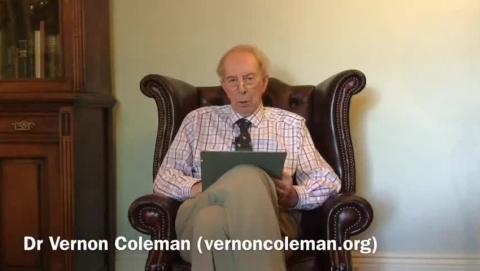 Nobody is Coming to Save Us! 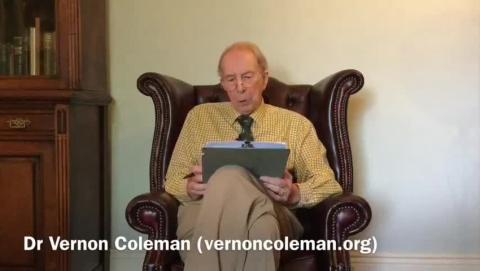 The Government Thinks Your Child's Life is Worth £10