Beware of Medical Fads and Fashions

The most obvious fashions in medicine relate to treatments. For example, a couple of centuries ago, enemas, purges and bleedings were all the rage. In 17th century France, Louis XIII had 212 enemas, 215 purges and 47 bleedings in a single year. The Canon of Troyes is reputed to have had a total of 2,190 enemas in a two year period; how he found time to do anything else is difficult to imagine. By the mid-19th century enemas were a little last year’s style and bleeding was the in-thing. There was even a posh word for it — doctors who were about to remove blood from their patients would say that they were going to phlebotomize them. Patients would totter into their doctor’s surgery, sit down, tuck up their sleeves and ask the doctor to ‘draw me a pint of blood’. Bleeding was the universal cure, recommended for most symptoms and ailments. ‘Feeling a little under the weather? A little light bleeding should soon put you to rights.’ ‘Constant headaches? We’ll soon have that sorted for you, sir. Just roll up your sleeve.’ ‘Bit of trouble down below, madam? Not to worry. Hold your arm out.’

A little later, in the 19th century, doctors put their lancets away and started recommending alcohol as the new panacea. Brandy was the favoured remedy in the doctor’s pharmacopoeia. People took it for almost everything. And when patients developed delirium tremens the recommended treatment was more alcohol. If things got so bad that the brandy didn’t work, doctors added a little opium. Those were the days to be ill. Hypochondriacs must have had a wonderful time.

In the years from the 1930s onwards, removing tonsils became the fashionable treatment. Tonsils were removed from between a half and three-quarters of all children in the 1930s. This often useless and unnecessary, and always potentially hazardous, operation is less commonly performed these days but in the 1970s over a million such operations were done every year in Britain alone. Doctors used to rip out tonsils on the kitchen table and toss them to the dog. Between 200 and 300 deaths a year were caused by the operation. One suspects that few, if any, of those unfortunate children would have died from tonsillitis.

Diseases go in cycles too.

One year everyone will be suffering from asthma. It will be the disease of the moment just as the mini skirt or ripped jeans may drift mysteriously in and out of fashion. Another year arthritis will be the fashionable disease as a drug company persuades journalists to write articles extolling the virtues (and disguising the vices) of its latest product. The cycle is a relatively simple one. The drug company with a new and profitable product to sell (usually designed for some long-term — and therefore immensely profitable — disorder) will send teams of well-trained representatives around to talk to family physicians, give them presents and take them out for expensive luncheons. The sales representatives will be equipped with information showing that the disorder in question is rapidly reaching epidemic proportions, lists of warning symptoms for the doctor to watch out for and information about the drug company’s new solution to the problem. Because the product will be new to the market there will probably be very little evidence available about side effects and the sales representative will be accurately able to describe the drug as extremely ‘safe’.

And the number of prescriptions being written for the new wonder product will soon rocket — pushing up drug company profits dramatically.

For years now surgeons have been performing unnecessary operations; operations which have done far more harm than good. It is, of course, difficult to be precise about the number of unnecessary operations but in America researchers have concluded that in an average sort of year surgeons working in American hospitals now perform 7.5 million unnecessary surgical procedures, resulting in 37,136 unnecessary deaths and a cost running into hundreds of billions of dollars. One Congressional Committee in the US found that 17.6% of recommendations for surgery were not necessary.

Nothing illustrates the uselessness (and danger) of elective surgery more completely than heart surgery. In America, having had at least one coronary artery bypass operation is now as much a sign of success as ownership of a Mercedes limousine. And the operation is growing in popularity around the rest of the world. In Britain around 10% of the people who have had heart attacks end up having heart bypass operations.

Many surgeons claim that surgery for heart disease is not elective but vital. But the evidence shows that most of the surgery performed for the treatment of heart disease is entirely unnecessary. Back in 1988 (in a now out of print book called The Health Scandal) I reported that coronary artery bypass surgery (the commonest procedure performed in cardiac surgery) had been in use for nearly thirty years without anyone trying to find out how patients’ everyday lives were affected by the operation. When a survey was eventually done it was found that whereas nearly half of the patients who had the operation had been working right up to the time of surgery, three months after the operation only just over a third of the men were working. And a year after the operation nearly half the patients were still not working. In other words, the operation had little positive effect on patients’ lives but did put a good many out of action for some time. There were, of course, a number of patients who died as a result of surgical complications.

And what makes the medical profession’s enthusiasm for coronary artery surgery even more bizarre is the fact that patients who have symptoms of heart disease often don’t need surgery at all but stand a better chance of recovering if they are put on a regime which includes a vegan diet, gentle exercise and relaxation. (I described the utterly convincing evidence for this in my book How To Stop Your Doctor Killing You, which was first published in 1996. The chapter is entitled Conquer Heart Disease Without Pills Or Surgery.)

The vast majority of medical journalists, who might be expected to criticise unnecessary medical procedures which put patients’ lives at risk, know little or nothing of medical matters and are too much in awe of the medical establishment to offer any sort of criticism.

Psychiatrists and psychologists are also eager to create fashionable new bandwagons too. It is now possible to be clinically afraid of over 500 different things, for that is the astonishing number of phobias which have been officially recognised. In addition to traditional phobias such as claustrophobia patients can now suffer from kakorrhaphiophobia (a fear of defeat), apeirophobia (a fear of infinity), chrometophobia (a fear of money) and hippopotomonstros-esquippedaliphobia (a fear of long words). It’s difficult to tell when they’re being serious and when they’re having us on these days. (But these are real.)

Drug companies exaggerate mild problems in order to boost their profits and they devise and then promote non-existent diseases in order to create fashionable new markets for their drugs. 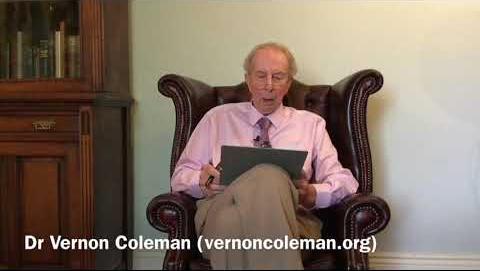 Apartheid, Ghetto or Enslavement - Your Choice 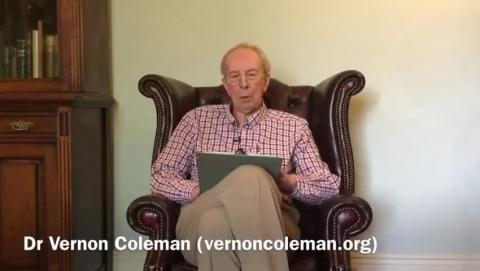 Global Warming - the Fraud behind the Covid Fraud