Along with cancer and circulatory disease, doctors are now one of the three most important causes of death and injury. Incompetent or careless doctors cause a horrifying amount of death or injury.

Many of the injuries and deaths among patients are caused by simple, straightforward incompetence rather than bad luck or unforeseen complications.

When doctors studied what happened to more than 30,000 patents admitted to acute care hospitals, they found that nearly 4% of them suffered unintended injuries in the course of their treatment and that 14% of the patients died of their injuries. Doctors kill vastly more innocent people than terrorists. Indeed, if terrorists killed a fraction of the number killed by doctors the world would be in a state of constant panic.

The medical literature is full of examples of doctor induced illness and death. At least a fifth of British patients who have slightly raised blood pressure are treated unnecessarily with drugs. At least a fifth of radiological examinations are clinically unhelpful. Inexperienced and inadequately supervised doctors in casualty units kill at least one thousand patients a year.

Doctors (egged on by drug companies) often claim that it is thanks to them that we are all living longer these days and that drug companies and doctors have improved our general health. That’s baloney.

The evidence shows that there really hasn’t been much change in life expectation in recent years. (After all, way back in biblical times, ordinary folk were encouraged to expect a life-span of three score and ten.)

Drug companies and doctors like to take all the credit for the alleged improvement but the truth is that cleaner drinking water and better sewage facilities (introduced in the 19th century) resulted in a fall in infant mortality levels. And reducing infant mortality has made a tremendous difference to overall life expectancy figures.

A study in Australia showed that 470,000 Australian men, women and children are admitted to hospital every year because they have been made ill by doctors.

Figures in Europe are no better. One in six British hospital patients is in hospital and receiving treatment because he or she has been made ill by doctors.

Around half of all the ‘adverse events’ associated with doctors are clearly and readily preventable and are usually a result of ignorance or incompetence or a mixture of both. The rest would be preventable with a little care and thought (and some better research).

Everywhere you look there are scandals. It was estimated in one medical publication that three quarters of surgeons were still using hernia repair techniques which were regarded internationally as obsolete.

Once a surgeon has got a job he is likely to stay set in his ways. Over the years the only thing that will change is that he will acquire an increasing number of prejudices and bad habits.

The regulators who are supposed to protect patients from dishonest or disreputable doctors seem generally unconcerned with things which really should concern them. When newspapers reported that a large drug company had been reprimanded by the industry’s own ‘watchdog’ for paying doctors to switch patients from rival medicines to its own product, I saw no suggestion that the doctors involved might be subjected to professional discipline. These, remember, were doctors who had accepted bribes to change their patients’ medication.

The astonishing truth is that most medical treatments are untried and have never been proved to be any good at all. Even drug treatments which are well-established have still not yet been properly thought out or evaluated. Prejudice and superstition are hardly a sound basis for good science.

Drugs are wildly over-prescribed, both by hospital doctors and by general practitioners. And doctors and hospitals are often appallingly and inexcusably slow.

Doctors have always made mistakes and there have always been patients who have died as a result of medical ignorance or incompetence.

But we have now reached the point where, on balance, many well-meaning doctors in general practice and many highly-trained, well-equipped specialists working in hospitals do more harm than good. Through a mixture of ignorance and incompetence doctors are killing more people than they are saving and they are causing more illness and more discomfort than they are alleviating.

It is true, of course, that doctors save thousands of lives by prescribing life-saving drugs such as antibiotics and by performing essential life-saving surgery on road accident victims.

But the tragedy is that the good which doctors do is often far outweighed by the bad. What is even more worrying is the fact that the epidemic of iatrogenic disease (disease caused by doctors) which has scarred medical practice for decades has been steadily getting worse. Today most of us would, most of the time, be better off without a medical profession.

A former Director General of the World Health Organisation, some years ago, startled the medical establishment by stating that: ‘the major and most expensive part of medical knowledge as applied today appears to be more for the satisfaction of the health professions than for the benefit of the consumers of health care’. The evidence certainly supports that view.

Consider what happens when doctors go on strike and leave patients to cope without professional medical help. You might imagine that people would be dying like flies in autumn. Not a bit of it. When doctors in Israel went on strike for a month, admissions to hospital dropped by eighty five per cent, with only the most urgent cases being admitted, but despite this, the death rate in Israel dropped by fifty per cent — the largest drop since the previous doctors’ strike twenty years earlier — to its lowest ever recorded level. Much the same thing has happened wherever doctors have gone on strike.

A report published in the Journal of the Royal Society of Medicine concluded that many hospital patients who suffer heart attacks die during the ‘confused and disorganised charades’ of attempts to save them because hospital doctors do not know how to give emergency resuscitation.

Even more worrying was an editorial published in the British Medical Journal which stated that: ‘only one per cent of the articles in medical journals are scientifically sound’ and that ‘only about fifteen per cent of medical interventions are supported by solid scientific evidence’. In other words the majority of treatments are completely untried, and when a doctor writes out a prescription or sticks a knife into a patient, neither he nor anyone else has much of an idea about what will happen next.

The only logical conclusion is that governments need to introduce annual tests for doctors. In other words it is doctors, not patients, who need regular check-ups.

We don’t allow old cars onto the roads unless they pass a safety test.

Doctors have a tremendous position of power and can probably do more harm than any other group of individuals in the community. But once a man or woman receives a degree certificate, he or she is given a licence for life. Who would willingly fly in a plane piloted by a man who had passed his exam 50 years earlier in a Tiger Moth and had not made any attempt to keep up-to-date?

Doctors should be examined annually to make sure that they keep up-to-date and remain competent and honest.

Thousands of today’s doctors were trained and qualified long before most of the available modern products were put on the market. They neither know about nor understand the products they prescribe. There are an estimated 30,000 drugs available in the world. It is impossible for the average doctor to have a working knowledge of more than around 50 of those. Doctors who prescribe brand new drugs without studying the contraindications, possible side effects and interactions are putting their patients at risk.

In the UK, the General Medical Council introduced a useless bureaucratic, box ticking scheme – called revalidation – which is I suspect, more likely to force good doctors into retirement than it is to minimise the harm done by bad doctors. We need something international and much better than that.

Adapted from the book Coleman’s Laws by Vernon Coleman which is available on Amazon as a paperback and an eBook. 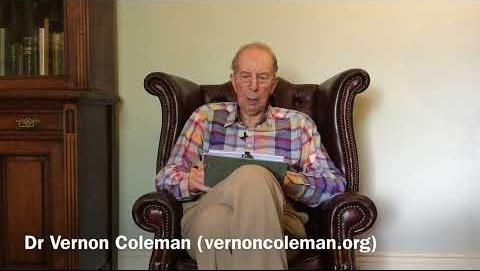 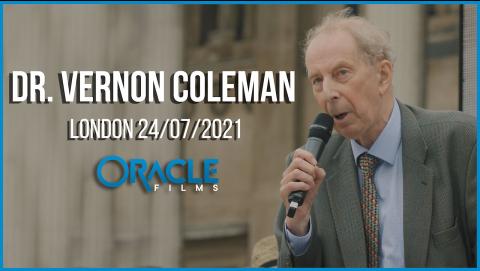