Why a Second Opinion May Save Your Life

My third law of medicine is, like the other eleven, very simple: If the treatment doesn’t work then you should consider the possibility that the diagnosis might be wrong. This is particularly true when several treatments have been tried.

Doctors pay far too much attention to high technology equipment these days. Probably as a result, they are often frighteningly bad at making diagnoses. A study, published a few years ago showed that major disorders are not picked up in around four out of ten patients. When doctors compared post-mortem results with the patients’ medical records they discovered that out of 87 patients, only 17 patients were diagnosed completely correctly. Ten of the patients might have survived if the diagnosis had been more accurate. In 15 cases, major problems (such as heart attacks) were not detected.

In 1991, one in ten hospital deaths was followed by a post mortem. In 2004, the figure had fallen to 1 in 40. Today, post mortems are almost a rarity. When fewer post mortems are performed doctors are less likely to be embarrassed by evidence showing that they made a big mistake. Doctors are also, of course, unlikely to learn anything if they never know how wrong they were.

The number of post mortems performed has fallen for several reasons. One is undoubtedly to save expense. Another is because if there is no post mortem (and no record of the mistakes that have been made) the hospital is less likely to find itself besieged by lawyers. But the single most important reason is undoubtedly the fact that not having post mortems helps to reduce the amount of embarrassment doctors feel when their diagnoses are proved wrong.

Patients used to hand over their health (and their lives) to their doctors — without ever questioning what was happening to them. Today, that is a dangerous way to live. Patients who take an interest in their own health (and in the investigations and treatments that are recommended for them) may sometimes feel that the doctors and nurses who are looking after them regard them as a nuisance. But all the evidence shows clearly that such patients get better quicker, suffer fewer unpleasant side effects and live longer than patients who simply lie back passively and allow the professionals to take over.

If your doctor wants you to take a drug (and all pills, tablets, capsules, medicines, potions, creams and so on are drugs) make sure you know what to expect. If your doctor wants you to have surgery then make sure that you know what the surgery entails, what the possible consequences might be and what the alternatives are. Two really good questions to ask your doctor are: ‘Would you have this treatment if you were me?’ and ‘Would you recommend this treatment to someone in your close family?

Learn as much as you can about any disorder from which you suffer. And learn about all the possible types of treatment available. Patients who know more about their condition than their doctors invariably do better than patients who know nothing and put all their trust in their medical advisers. Common things occur commonly. It’s amazing how many doctors forget this.

However many symptoms you’ve got, you (and your doctor) should always assume that there is but one cause. Only when this belief becomes impossible to sustain should you reluctantly and cautiously consider the possibility that there may be more than one thing wrong with you. And even then they are probably connected.

Never be afraid to ask for a second opinion. It is your life that is at stake — not a new sofa or curtains for the living room. Telling your doctor that you want a second opinion will probably take a great deal of courage. Many doctors are sensitive creatures — they may show their hurt if their all-knowingness is questioned. But just remember that the stakes are high. And, if there is time, don’t be afraid to check out the past record of the doctor who is going to treat you. One surgeon working in a hospital may have a survival rate which is twice as good as another surgeon working in the same hospital. If you allow the less competent surgeon to operate on you then your chances of walking out of the hospital may be halved. Those are odds you cannot and should not ignore.

I’ll tell you a short true story – something that happened many decades ago.

For several months I had a persistent, nagging pain in my back. It was just about in the region of my right kidney. It didn’t seem to be getting any worse but it certainly wasn’t getting any better.

For a while I managed to convince myself that it was nothing more than a muscular backache caused by crouching over a keyboard. But then I noticed two additional symptoms.

I started feeling constantly ‘full’ — as though I had just eaten a large meal — and I found that my bladder needed emptying more often than I found entirely convenient.

When I told my general practitioner he took a routine urine sample.

The next step was a hospital appointment.

The ultrasound pictures showed a rather misshapen kidney. And more specialist X-ray pictures confirmed that there was something wrong. My kidney looked as though it were auditioning for a part as the hunchback of Notre Dame.

Unhappily, however, the radiologists couldn’t get a really good view of my kidney. Their view was obscured by large bubbles of inconvenient gas lurking around in the coiled nooks and crannies of my intestinal loops. But they thought I had renal cancer. And I was told to prepare myself for surgery. (As an aside, when I asked a radiologist about the local surgeons I was told that one was competent but a bit rude whereas the other was pleasant but not very good.)

At my insistence I was given an appointment to go to another, larger, city hospital for even more sophisticated tests and a second opinion.

The radiologist at the large city hospital told me that there was nothing wrong with my kidney. It was, he assured me, misshapen but perfectly healthy.

I had narrowly escaped having a healthy kidney ripped out.

But, despite all these tests, the doctors still didn’t know what was wrong with me. (‘You go off and enjoy yourself,’ one of the doctors had said, when they still thought I had cancer. ‘We’ll sort this out when you get back.’)

And so, after racing to the television studios to record a TV programme, and hurtling back home to write a column, I set off, as I had previously planned, to Paris.

On the plane flying over the Channel, the pain in my back got much, much worse.

And I suddenly realised what was wrong.

The gas that the radiologist had spotted in my intestines had expanded because of the change in air pressure, and it was the gas that was causing my pain.

And making me feel ‘full’ all the time.

And irritating my bowel and my bladder.

And pressing on my kidney and causing the bleeding.

There was only one explanation for this apparently bizarre set of circumstances.

I had irritable bowel syndrome.

The moment I made the diagnosis I realised just why I had acquired this most common of twenty-first century disorders.

First, I had been putting myself under an enormous amount of stress. For years I had run a series of passionate campaigns designed to spread the truth and oppose those parts of the medical establishment with which I disagreed. I had, for years, been spending twelve hours a day on my campaigns.

Second, I had changed my diet. I had cut out all meat and fish and increased the quantity of vegetables and cereals.

Irritable bowel syndrome isn’t easy to control. Once you’ve got it then you’re probably going to have symptoms for life.

But I didn’t have kidney cancer.

If I hadn’t had a second opinion I’d have lost a kidney and heaven knows what else would have happened. 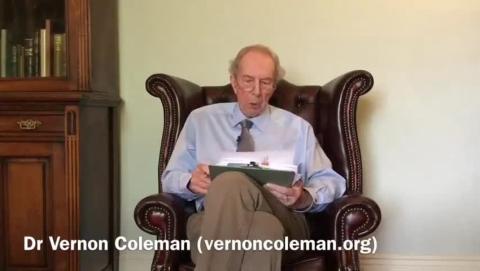 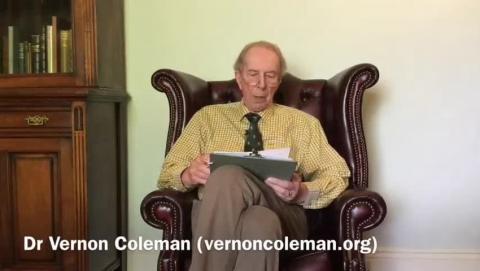