For nearly fifty years it has been recognised that the group of drugs known as the benzodiazepines – commonly prescribed as tranquillisers or sleeping tablets – are more addictive than heroin. I know this because I was the first person to draw attention to this alarming fact – after I had spent several years studying drug addiction in general and prescription drug addiction in particular.

I first started writing about benzodiazepines in 1973 – and warning that they were dangerously addictive drugs. Valium and Ativan were two of the best known brand names at the time. Today there are many varieties available. Sometimes they are referred to by their generic names – such as diazepam, chlordiazepoxide, oxazepam, lorazepam and so on – and sometimes they are known by their brand names – such as Valium, Librium, Xanax, and so on. Benzodiazepines are sometimes known – though usually NOT with affection – as benzos.

In 1973, I was editing the British Clinical Journal, and we published a leading symposium dealing with the addictive problems of benzodiazepine tranquillisers.

In the 1970s and the 1980s, I wrote hundreds of articles about benzodiazepine tranquillisers and sleeping tablets. I made countless television programmes. I wrote three books about addiction. I made a series of radio programmes which were broadcast nationally on the BBC local radio network. I set up a help group for tranquilliser addicts. I produced a newsletter containing information and advice about benzodiazepines.

Throughout those two decades I was violently opposed by members of the BMA and the RCGP who insisted (contrary to all the evidence in my view) that drugs such as Ativan and Valium were perfectly safe and not in the slightest bit addictive.

And all the time I was receiving letters from patients telling me that these drugs had ruined their lives. The phrase I heard time and time again in the 1970s and 1980s was; ‘I have been to hell and back’. For years my mail from readers was delivered in grey Royal Mail sacks. Patients were numb when they were on the drugs. And they were in torment when they tried to stop them.

The size of the problem has been consistently underestimated. I wrote a book about benzodiazepines which smashed into the Bookseller and Sunday Times bestseller lists in 1985 and many were astonished because, for the first time, it became clear that the issue was one which concerned many people.

I am proud of the fact that in 1988 the British Parliamentary Secretary for Health told the House of Commons that the Government had acted in response to the articles I had written.

Sadly, doctors took no notice. GPs were as addicted to prescribing the drugs as patients were addicted to taking them. One generation of doctors retired only for another to appear and to adopt the same egregious prescribing habits. Benzodiazepines have been prescribed for every ailment known to man or woman.

Here is what I wrote in my book Why and How Doctors Kill More People than Cancer:

`Any doctor who signs a prescription for a benzodiazepine (such as Valium) for more than two weeks is not fit to practise medicine and would, if the General Medical Council did what it is supposed to do, be struck off the medical register. It annoys me intensely that patients who have become addicted to these wretched drugs should be ignored by the NHS whereas whingeing idiots who take drugs such as heroin and cocaine for entertainment are, when they moan about their inevitable condition and demand treatment, instantly provided with vast amounts of support. For the record, benzodiazepines are considerably more addictive than any of the so-called recreational drugs.’

And still nothing has changed.

Doctors (mainly GPs) are still handing out prescriptions for these deadly drugs as if they were sweets.

This is one of the medical horror stories of this century and last century. It is the most disgraceful medical scandal of modern times. It is the biggest addiction problem Britain has ever known. It is no exaggeration to say that these drugs have caused endless misery and undying pain; they have ruined millions of lives.

That is not rhetoric or exaggeration. It’s fact. Benzodiazepines have ruined millions of lives. And those who created the pain still refuse to accept responsibility.

And no one in the Government, the NHS or medical trade unions seems to give a damn.

Oh, there is some modest concern.

Committees have been set up. Enquiries have been initiated. People have sat around tables and talked about the problem for years.

But they have, grossly misunderstood the nature of the problem, and they have underestimated the size of it.

Worse still, they seem to regard benzodiazepine addiction as being in the same category as heroin addiction or cocaine addiction. Those hooked on tranquillisers are blamed for their addiction as if they were in some way responsible for their circumstances.

Let us be crystal clear about this: anyone who has, since 1988, been prescribed benzodiazepine drugs for more than two to four weeks has been betrayed by their doctor.

Any doctor who has prescribed these drugs for longer than a month, or has made them available on repeat prescription, should be struck off the medical register and banned from practising medicine.

It is, perhaps, possible to claim that doctors who mis-prescribed the drugs prior to 1988 were simply ignorant buffoons.

Since the British Government warned doctors not to prescribe these drugs for more than two to four weeks, the rules have been different – for doctors everywhere.

Doctors are now completely responsible for the biggest addiction problem the world has ever seen. Benzodiazepine addiction is a far bigger problem than other prescription drug addictions. My short book The Benzos Story contains details of all the research information available decades ago.

There is no need for more talk or more research.

The patients who are still addicted to benzodiazepines need help now.

Doctors who are still prescribing these damned drugs without any understanding of the consequences need to be punished.

It is about time that those responsible for this on-going addiction scandal be required to take responsibility and face the awful consequences of their careless actions.

Meanwhile, patients who are given a tranquilliser or a sleeping tablet should always ask their doctor: how long is it safe to take this drug?

Share:
Share on TwitterShare on FacebookPrintEmail
Recommended:
Here is the PROOF that covid-19 was downgraded in March 2020
UPDATED: How Many People Are the Vaccines Killing?
Covid-19: The Greatest Hoax in History
The Wake-up Video - Uncensored Premiere
The Lockdowns, the Masks, the Rules are Coming Back 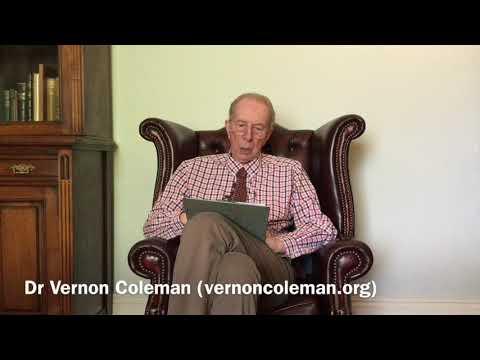