The story of Harry Cassidy, a middle aged GP, and Molly Tranter, a young trainee doctor. Cassidy is a hard drinking, cynical bachelor who lives on malt whisky and pub food and puts two aspirin into a glass of whisky if he has a headache. He has fallen out of love with himself, with medicine and with life itself but his feelings of passion and purpose are rekindled by Dr Tranter, a well informed trainee who fights a courageous battle against the medical establishment on a point of principle. Cassidy is won over by her honesty and integrity and rediscovers why he became a doctor. The Truth Kills is a constantly surprising medical drama which explores the bizarre and frequently hilarious experiences of a busy GP who hates bureaucracy, social workers and his own greedy partners, while explaining how spiritual redemption can sometimes come in the least expected way. Through the unfolding chaos Cassidy manages to survive a broken, loveless relationship and to find romance, hope and, surprisingly, a future promising adventure and happiness.

Here's what Country Life had to say:

The author takes a pop at the police 'and their ungodly spawn', the BBC, which 'never allows a balanced debate', The Guardian - 'if they gave out awards for sanctimoniousness The Guardian would undoubtedly sweep the board' - and, of course, bureaucrats, who are 'all soulless do-gooders, earnest box tickers...neat hypocrisy running through their veins'. ... It is very funny indeed...If you want a GP's uncensored view about the NHS today, consultants, social workers and politicians this is the book for you. It rants hilariously at every organisation within sight. 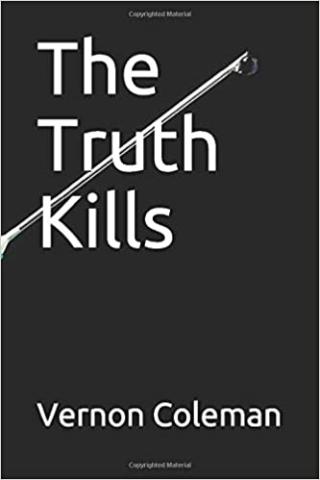